Anywhere Book Club - read, listen, or watch any of these titles available now with no waiting.

*This is a trial book club service that will continue during our phased reopening.*

Fiction: The End of the World Running Club by Adrian J. Walker

Summary: Edgar Hill is thirty-five, overweight, an underperforming husband and reluctant father. After a catastrophic asteroid strike, Edgar and his family find refuge in an Edinburgh army barracks. Returning from a salvage run, Edgar finds his family gone, taken to the south coast for evacuation by an international task force. Edgar must race across the 550 miles of wasteland to find the people he loves before he loses them forever.

Non-Fiction: Motherhood so White: a memoir of race, gender, and parenting in America by Nefertiti Austin

Summary: In America, Mother = White. That's what Nefertiti, a single African American woman, discovered when she decided she wanted to adopt a Black baby boy out of the foster care system. Eager to finally join the motherhood ranks, Nefertiti was shocked when people started asking her why she wanted to adopt a 'crack baby' or said that she would never be able to raise a Black son on her own. She realized that American society saw motherhood through a white lens, and that there would be no easy understanding or acceptance of the kind of family she hoped to build. Motherhood So White is the story of Nefertiti's fight to create the family she always knew she was meant to have and the story of motherhood that all American families need now.

Summary: Heart Berries is a powerful, poetic memoir of a woman's coming of age on the Seabird Island Indian Reservation in the Pacific Northwest. Having survived a profoundly dysfunctional upbringing only to find herself hospitalized and facing a dual diagnosis of post traumatic stress disorder and bipolar II disorder; Terese Marie Mailhot is given a notebook and begins to write her way out of trauma. The triumphant result is Heart Berries, a memorial for Mailhot's mother, a social worker and activist who had a thing for prisoners; a story of reconciliation with her father-an abusive drunk and a brilliant artist-who was murdered under mysterious circumstances; and an elegy on how difficult it is to love someone while dragging the long shadows of shame.

The Perfect Escape by Suzanne Park

Summary: Nate Jae-Woo Kim wants to be rich. When one of his classmates offers Nate a ridiculous amount of money to commit grade fraud, he knows that taking the windfall would help support his prideful Korean family, but is compromising his integrity worth it? Luck comes in the form of Kate Anderson, Nate’s colleague at the zombie-themed escape room where he works. She approaches Nate with a plan: a local tech company is hosting a weekend-long survivalist competition with a huge cash prize. It could solve all of Nate’s problems, and Kate needs the money too.
If the two of them team up, Nate has a true shot at winning the grand prize. But the real challenge? Making through the weekend with his heart intact…

Summary: Twelve-year-old Sunny Nwazue, an American-born albino child of Nigerian parents, moves with her family back to Nigeria, where she learns that she has latent magical powers which she and three similarly gifted friends use to catch a serial killer.

The Notations of Cooper Cameron by Jane O'Reilly

Summary: At the family cabin by the lake where his grandfather died two years ago, eleven-year-old Cooper Cameron spends the summer trying to rid himself of the rituals that allow him to cope with his grief and fear.

You Hold Me Up by Monique Gray Smith

Summary: An evocative picture book intended to foster reconciliation among children and encourage them to show each other love and support.

Summary: In this dazzlingly beautiful romantic drama, a Nigerian woman living in Brooklyn must make a choice which could have dire consequences when she has failed to conceive a child a year after her glorious wedding.

Songs My Brothers Taught Me - Directed by Chloe Zhao

Summary: With an older brother in jail and living with their single mother on Pine Ridge Reservation, Johnny and his sister Jashuan's lives develop new challenges when their absentee cowboy father suddenly dies. The loss prompts Johnny to strike out for Los Angeles, but it would mean leaving behind his beloved sister.

Summary: Justine (Kirsten Dunst) and Michael (Alexander Skarsgard) celebrate their marriage at a sumptuous party in the home of Justine's sister Claire (Charlotte Gainsbourg) and  brother-in-law John (Kiefer Sutherland). Despite Claire's best efforts, the wedding is a fiasco, with family tensions mounting and relationships fraying. Meanwhile, a planet called  Melancholia is heading directly towards Earth, threatening the very existence of humankind.

Summary: Fig is a this sympathetic look at the life of a working class mother, a prostitute named Candice wants nothing more than to provide a good life for her daughter Kyla. One night that she is unable to find a babysitter for Kyla, Candice takes her to the corner where she picks up johns and leaves her in the car. When Candice is with a john, Kyla is found alone by the police and is taken into emergency foster care. When she finds out, Candice does everything in her power to convince the social worker in charge of Kyla's case that she really does love her daughter very much. 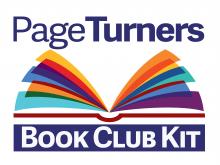 Log into KitKeeper with your Timberland library card and PIN number.

Local participants choose the books to be discussed for the year.  For more information, please contact your local library.

PageTurner kits contain multiple copies of a book and include talking books and large print editions when available.

To see available book club kits and to make a reservation, log into KitKeeper with your Timberland library card and pin number. Visit the Welcome/Help page for more information on how to search for kits.