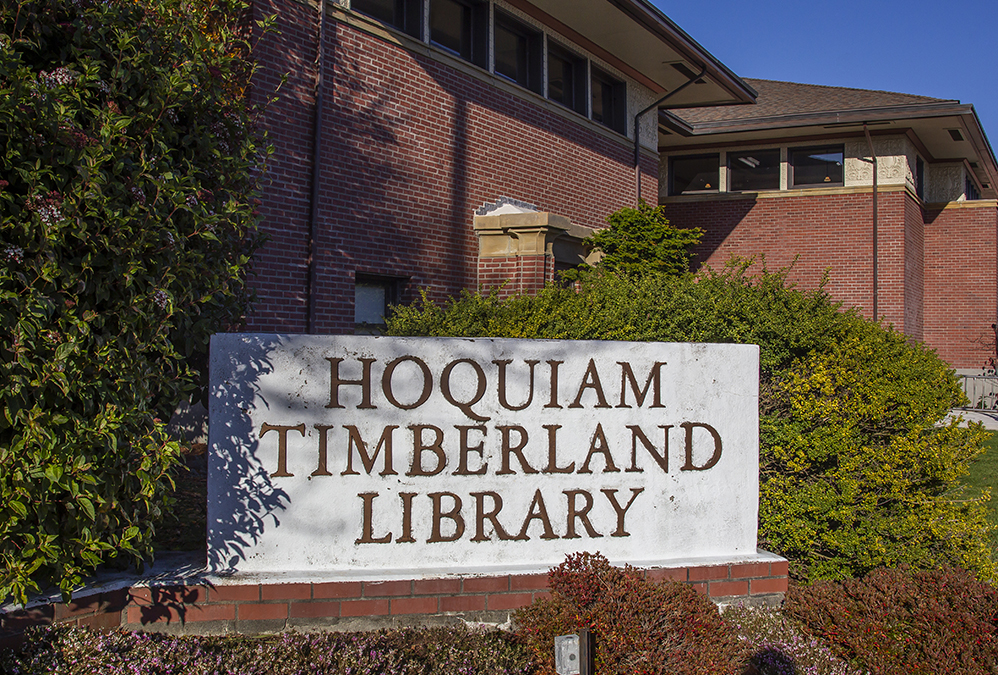 In 1907, organization of a free public library for the City of Hoquiam began. The next year a resolution was adopted establishing that such a library be quartered in a house and lot purchased for the purpose at the corner of 7th and K Streets. The converted house opened to the public in 1909, drawing over 1,000 registrants the first year.

In 1911, a new Carnegie library was constructed on the site. Louis W. Claude, a former associate and lifelong friend of architects Louis Sullivan and Frank Lloyd Wright designed the library in a Prairie style. The Prairie Style building was rare in the Northwest, making the Hoquiam Library rather unique. Hoquiam joined Timberland Regional Library in 1969.

In 1983, the Hoquiam library was put on the National Register of Historic Places, along with the other remaining Carnegie buildings in Washington State. It was remodeled and expanded in 1989-90, through money left by local citizens and a Bishop Foundation grant, plus a $1.9 million bond passed by the city voters. Great care was taken to retain the style and symmetry of the original building. The library reopened in its remodeled quarters in June 1991.

In 2018, the City of Hoquiam building project included repairing /replacing doors, upgrading hardware and lighting fixtures, repairing masonry joints and damp-proofing masonry walls, installing new flooring and windows, drywall, and plaster repair, painting, and other miscellaneous work.  The project was funded by a State Community Development Block Grant ($705,000) from the Department of Commerce, a capital budget appropriation ($250,000) by the Legislature, and approximately $40,000 in grants and donations from local organizations and individuals (according to City Administrator Brian Shay). The library reopened on December 11, 2018.

The library is two stories with the public service area upstairs, and a meeting room, storage areas, conference room, and restroom facilities downstairs.