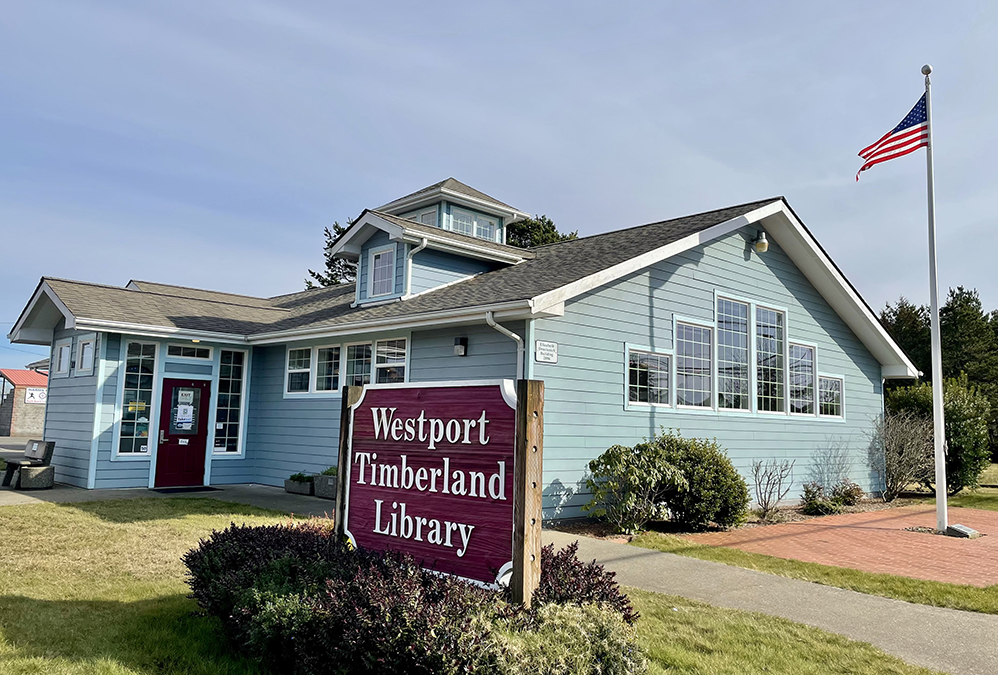 Masks are required for all patrons (5 and older). Children ages 2-4 are strongly encouraged to wear a mask.

Westport is a small fishing community located where the bay meets the ocean. In 1963, residents of Westport installed a library in a former fire station in downtown Westport. In January 1964, the Mayor and City Council voted to set aside 950 square feet of City Hall for the library, where it remained for the next 42 years. The Westport Library was first part of the Rural Library District of Grays Harbor. In 1968, it became the Westport Timberland Library and then in 1981, it annexed into Timberland Regional Library.

On December 5, 2006, the new Westport Timberland Library opened to the public. This is the culmination of a major fundraising effort by the Friends of the Westport Library with support from the Timberland Regional Library and the Timberland Regional Library Foundation. The larger library has a meeting room, separate adult, children's, and teen areas, more computers, a nautical design befitting its setting, and a spacious, well-lit, comfortable interior.