A Flicker In The Stacks: #2

Catch A Shudder At The Library

Even with Halloween far in the rear-view mirror, the chilly days of winter are still a great time to exorcise our fears with a cinematic jolt of terror. Horror films allow us to confront what terrifies us in the safe confines of a movie theater or our living rooms. The library’s got you covered for all your slashing, stalking, spine-tingling, and splatter-infused needs. The Olympia branch reviewed 31 horror movies they watched through the month of October over on Letterboxd.  And they even ranked them for your convenience. Below is a taste of what scared them this past year. 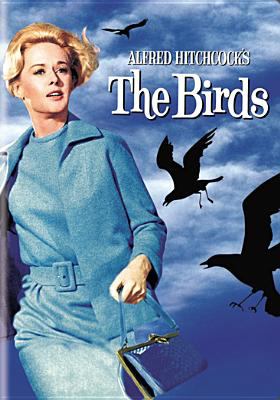 The Birds is so ubiquitous in film culture that one feels they know the movie, even if they’ve never seen it. I had always just assumed I must’ve seen it at some point in my young life. But it was all new to me watching it now. The Birds is widely viewed as lesser Hitchcock (albeit among his most popular), and it very well may be, but lesser Hitchcock is still better than most anything else.

The movie opens with two well-dressed people flirting with each other in a luxury shop in San Francisco. They both take pleasure misrepresenting themselves as they probe for any sexual connection. They both come off as playfully dishonest jerks, which works for Melanie Daniels (Tippi Hedren as the typical Hitchcock blonde), who proceeds to sleuth out the small coastal town residence of her hopeful paramour. The movie begins to transform into a fish-out-of-water story, about an upper-class woman intermixing with a small town community, but then a seagull pecks at Melanie’s face and all hell breaks loose.

Much like with Psycho, Hitchcock is playing with our expectations, lulling us into thinking we’re watching one kind of movie, then pulling the rug out from under us. In the case of Psycho, what begins as a woman-on-the-run picture is flushed down the shower drain and transformed into the story of a mollycoddled psychopath with mommy issues. With The Birds, the movie excels as a romantic drama between two stubborn and driven people until an angry flock of birds ruins everything. As with all Hitchcock movies, the suspense carries you through, but perhaps what I admired most about the movie was simply how smart and resourceful the main characters are. Many horror movies require their characters to be dundering idiots in order to propel the story forward. But these people approach these strange bird attacks pragmatically under the circumstances, behaving in a manner you would hope yourself capable of. And you wouldn’t think birds could be so scary, but they’re relentless and random, allowing you to slip quietly past them one minute, only to be swarmed and pecked to bits the next. It all leads to one of the greatest final shots I’ve seen, one that provides just enough hope to feel optimistic. But who are you kidding…those birds know just what they’re doing. And they’re simply marking time.

It’s always good to know your adversary. If you plan on traveling anywhere near a harbor town--be it for a sly romantic tryst or simply to raid the local antiques dealers—you’d be well-advised to take the Universal Class on bird watching. Because you can bet your beakable butt they’ll be watching you.

Or perhaps just stay at home, put a chicken in to roast, lean into your goose-down pillow, and leaf through Olympia artist Chris Maynard’s exquisite book, Feathers: Form & Function. 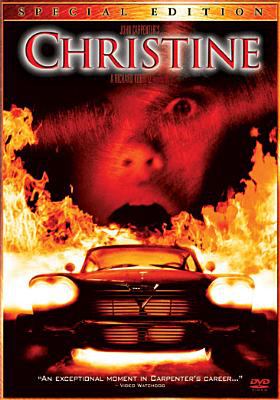 Christine is the tragic story of Arnie, a bullied teen with a bright future, who unfortunately was not aware that his library provides free access to the complete Consumer Reports database. Otherwise, he could’ve avoided buying a car with such murderous tendencies.

Arnie is one of those beleaguered movie nerds, who despite being best friends with the most popular guy in school, still draws the ire of every aggro male he meets. Arnie's fortune changes when he stumbles across a beat-up and busted old junker on the property of a shifty old coot, whose folksy prattling does little to couch the ominous history of the car. But much like the wands in Ollivander's shop, the car chooses its driver, and Arnie's fate is all but written. 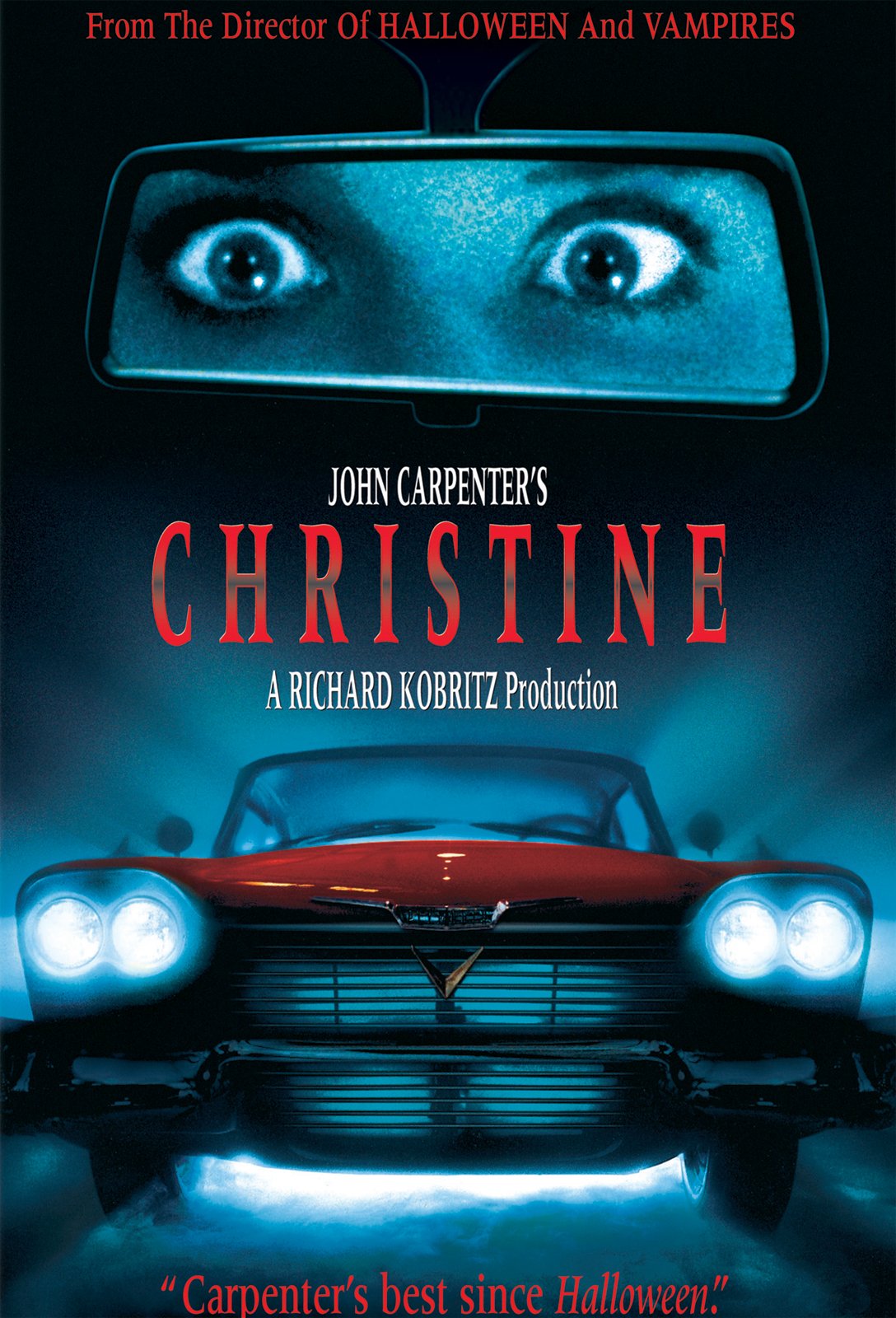 The car, named Christine, helps Arnie come into his own, but his newfound confidence quickly transforms into arrogant obsession. You see, Christine has no interest in competing for Arnie's attention, and eventually she must dispatch the source of any unwanted whispering in Arnie's ear, however sweet the nothings may be.

John Carpenter made this movie during the height of his powers and productivity. The Thing came out the year before, and Starman would follow the year after, both of which better showcase Carpenter's greatness. But it would be unfair to dismiss Christine as a paycheck filler. It's based on a Stephen King book, as were seemingly all the movies coming out in the 80s, and it certainly feels like a King story, with its fetishizing of 1950s cars and rock music. As with all Carpenter movies, it looks amazing. There’s one sequence in particular, when Christine catches a surprised victim in the beam of her headlights, that downright shivers the soul. Keith Gordon stands out as Arnie, who effortlessly pivots from being a simpering wet blanket one minute, to a cocksure and dangerous alpha male the next. Gordon also excelled in one of my favorite thrillers of all time, the Brian De Palma masterpiece Dressed To Kill, which teases our expectations of a slasher picture. Other than those two roles, Gordon has mostly thrived behind the camera as a consistently good director. I imagine he learned a lot working with De Palma and Carpenter. The Keith Gordon episode of the Movies That Made Me podcast is definitely worth a listen for film fans.

Christine may be good, not great…but it’s the kind of good that always compels you to watch it all the way through whenever it flickers across your TV.

One thing to bear in mind—unlike Christine, most cars lack the uncanny ability to repair themselves spontaneously. So if ever a gang of 40-year-old high school bullies destroys your car, save yourself some money by utilizing your library’s subscription to the Chilton Repair Manuals. 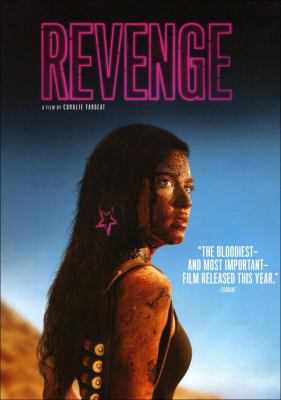 Coralie Fargeat’s directorial debut is not subtle. It is bold and expertly constructed. And in its willingness to buck restraints and lean into its visceral and angry energy, it achieves something quite remarkable. I don’t know how Fargeat manages to control this wild beast of a movie—it really shouldn’t be this focused and coherent—but the result is one of the best movies of the year.

This is a rape/revenge story, plain and simple. But unlike the majority of films that comprise this sub-genre, Revenge is directed by a woman, and Fargeat’s film benefits from her clear vision, and her audacious decision to pivot suddenly into the realm of fantasy. 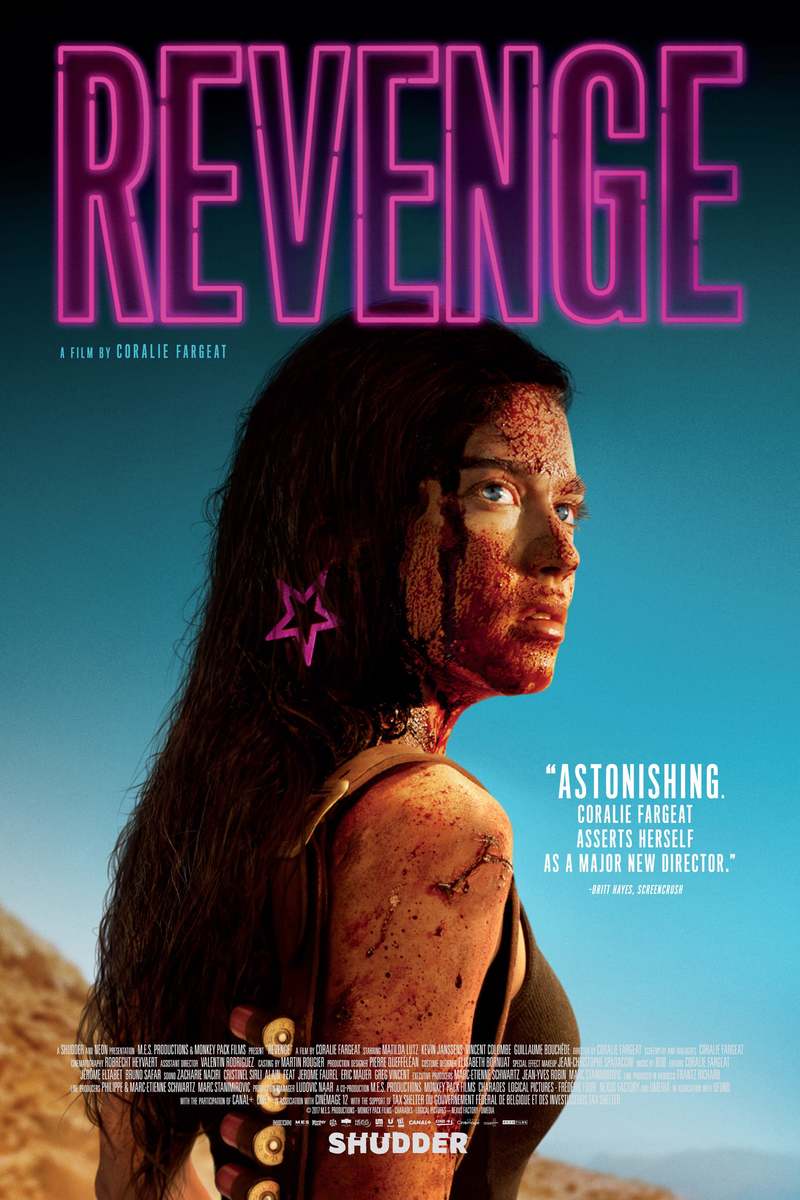 Jen is introduced like a lustful object out of a 90s music video, sauntering out of a helicopter in slow motion towards her married lover’s bachelor pad, the lone structure in a vast desert. Before long, his two hunting buddies arrive, one of them feels entitled to Jen’s affection, and before the night’s hangover has passed, Jen is raped and murdered, her body discarded over a cliff. The three friends are all too happy to resume their hunting trip, but unfortunately for them, like a phoenix from the ashes, Jen rises to seek her incredibly bloody revenge.

By pushing the movie into fantasy, Fargeat allows the audience to participate more fully in Jen’s revenge, as she seeks to destroy the three men, each symbolizing a different element rape culture: the assailant, the complicit, and the silencer. Jen’s carnage is extreme, and for some viewers, the blood and gore will be a sour pill to swallow. But for others, her revenge allows them to wallow in those sweet just desserts, even though one can never escape the underlying tragedy that such satisfaction is often only achieved in fantasy, rather than through justice.

Kate Harding wrote one of the best and most accessible books on rape culture, and what we can all do to make things better.

Asking For It: the alarming rise of rape culture, and what we can do about it  – book format

Asking For It: the alarming rise of rape culture, and what we can do about it -- downloadable